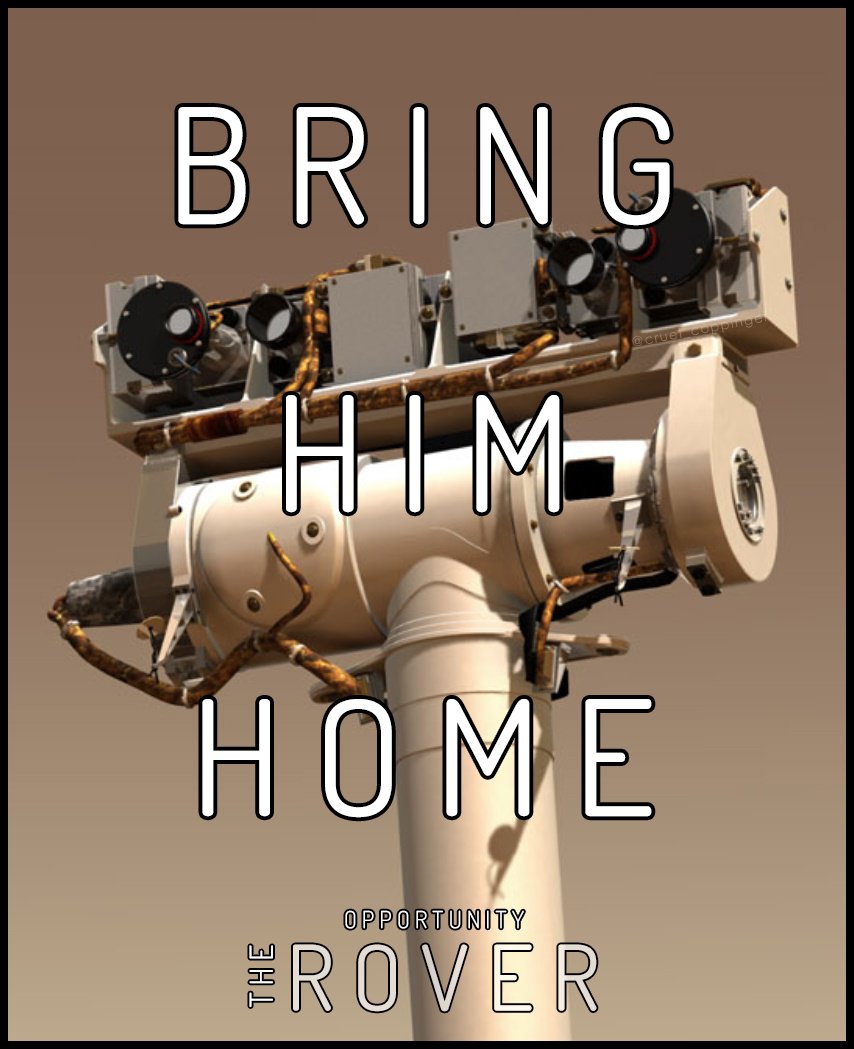 On Wednesday, NASA that the Mars land rover Opportunity has died after 15 years. The six-wheeled vehicle’s death is being attributed to a severe dust storm.

“Flight controllers tried numerous times to make contact, and sent one final series of recovery commands Tuesday night, along with one last wake-up song, Billie Holiday’s ‘I’ll Be Seeing You,’ in a somber exercise that brought tears to team members’ eyes. There was no response from space, only silence.

Thomas Zurbuchen, head of NASA’s science missions, broke the news to the Opportunity team at what amounted to a wake at the space agency’s Jet Propulsion Laboratory in Pasadena, California, announcing the demise of ‘our beloved Opportunity.’

Given the silence from space, ‘it is therefore that I’m standing here with a sense of deep appreciation and gratitude that I declare the Opportunity mission as complete,’ Zurbruchen told a packed auditorium. ‘It’s an emotional time.’”

Opportunity was one of two rovers that landed on the Mars in 2004. The other rover, Spirit, didn’t last as long as Opportunity. Communications with Spirit were lost after it was caught in a sand trap. Nonetheless, both vehicles exceeded NASA’s expectations.

When Opportunity and Spirit landed on Mars in 2004, the mission was only meant to last 90 days. But the vehicles, which were sent to different parts of the planet, proved to be surprisingly durable. Communication with Opportunity was finally lost in June 2018, and as rugged as the vehicle was, it was no match for the severe dust storm it encountered.

Opportunity explored an area of Mars called Perseverance Valley when it encountered the dust storm, which was so harsh that it darkened the sky for months and prevented sunlight from reaching Opportunity’s solar panels.

Opportunity was the fifth of eight NASA space vehicles that have successfully landed on Mars. Two of them are still working: Curiosity (which landed in 2012) and InSight (which landed recently).