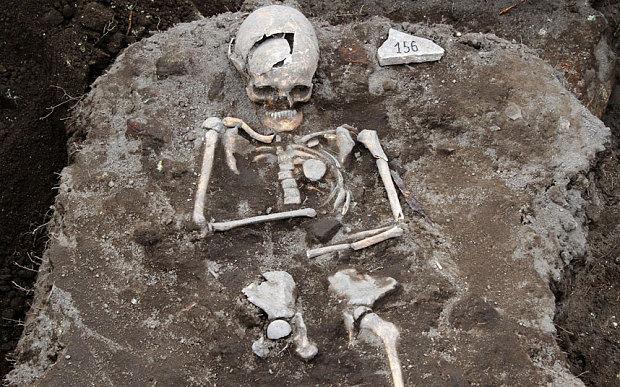 An archaeologist in Bulgaria says that he has unearthed a “vampire” grave containing a skeleton with a metal stake in its chest.

Nikolai Ovcharov said the spooky grave was found during excavations at the ruins of the ancient Thracian city of Perperikon, in southern Bulgaria.

This “vampire” grave is one of two unusual burials recently discovered by Ovcharov at Perperikon, according to the Bulgarian newspaper 24 Hours. The other reportedly contained a mother and child whose bodies had been positioned in such as a way that they resembled an image of the Virgin Mary and child. Ovcharov said this sort of ritual burial was used as a way to ward off the plague.

Both graves are estimated to date back to the first half of the 13th century.

In 2012, archaeologists discovered two other 700-year-old skeletons pinned down with iron rods through their chests near the town of Sozopol.

It is believed that these people were evil while they were alive, and  that it they would become vampires once they are dead and continue to torment people.